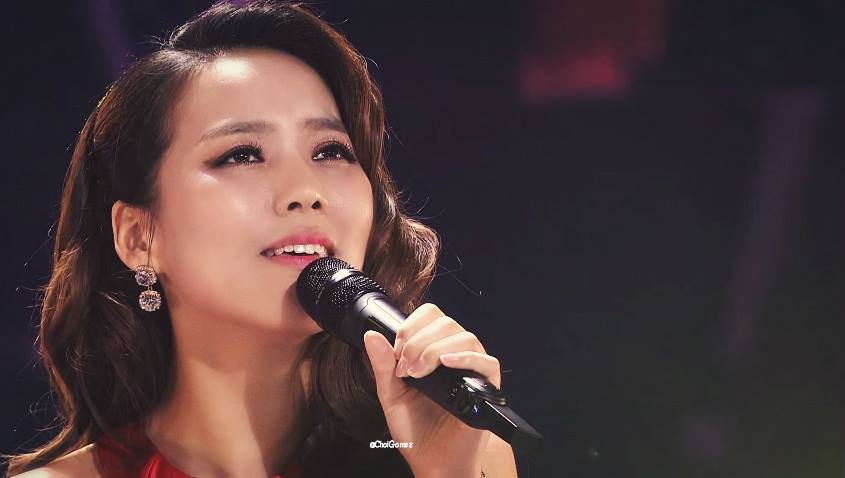 Sohyang is a South Korean singer-songwriter who has been dubbed by the international media as the “Korean Mariah Carey”. Sohyang is also an author of fiction, who has published multiple fantasy novels since 2013. A devout Christian, her goal is to use her voice to comfort people who are going through difficult times. She, herself, was diagnosed with uterine cancer at age 20, the same year she married her husband, Kim Hee-jun. As a result, she has been unable to have children.

Sohyang demonstrates impressive dynamics and rhythmic motifs coupled with sound musical interpretation and knowledge. she is also a master of color manipulation, from light and airy to full and rich. From top to bottom, So Hyang maintains good intonation, incredible clarity, and agility.

This song, Bridge Over Troubled Water, composed by Paul Simon and recorded by Simon & Garfunkel, immediately excited me when it was released in 1970. I have listened to it many, many times, but I feel that I never really understood it until I heard Sohyang’s performance. She clearly feels the spirit of the song and she communicates it beautifully.I hope you enjoy it as much as I do. And be sure to follow the links to Sohyang’s other performances.

Christi Bovee also a performer and voice coach, is another favorite reactor.

Julia Nilon provides excellent yet impassioned analysis of music videos. She invites us to ‘join me in reacting to this classic tune performed by an absolute vocal monster.’

Elizabeth Zharoff, an opera singer and voice coach, is a hugely favorite reactor. She’s performed in 18 languages throughout major venues in Europe, America, and Asia. I love her reactions. She says, “This performance is chillingly good.”

Maggie Renee is an absolute joy. A Julliard-trained opera singer, Maggie not only shares a lot of technical information but has an infections, joyous reaction that I just love. My wife, not a fan of music reaction videos, enjoys watching her videos as well.

Arirang Alone is a Korean folk song that is often considered to be the anthem of Korea. There are about 3,600 variations of 60 different versions of the song, all of which include a refrain similar to, “Arirang, arirang, arariyo” It is estimated the song is more than 600 years old. Here, Sohyang performs it in Immortal Songs 2, a South Korean television music competition program.
Everyone. Can’t say enough about this amazing song.
You Raise Me Up gave me chills. Astonishingly beautiful.
I Have Nothing. Powerful, winsome, gorgeous.
Day, Day. On top of everything else, she can rap!