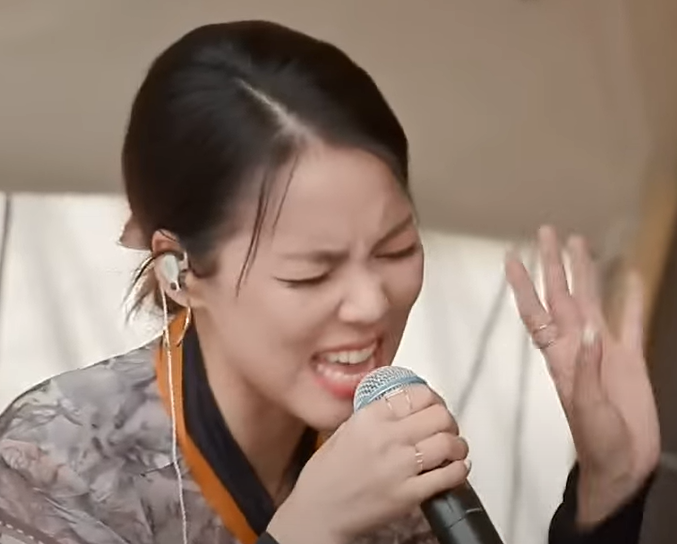 This is something a little different from Kim So-hyang, known as Sohyang. She is one of my favorite performers. I have provided her performance video but, sadly, at this point there are very few reaction videos for this performance.

Sohyang is a South Korean singer-songwriter who has been dubbed by the international media as the “Korean Mariah Carey”. Sohyang is also an author of fiction, who has published multiple fantasy novels since 2013. A devout Christian, her goal is to use her voice to comfort people who are going through difficult times. She, herself, was diagnosed with uterine cancer at age 20, the same year she married her husband, Kim Hee-jun. As a result, she has been unable to have children.

Sohyang demonstrates impressive dynamics and rhythmic motifs coupled with sound musical interpretation and knowledge. she is also a master of color manipulation, from light and airy to full and rich. From top to bottom, So Hyang maintains good intonation, incredible clarity, and agility.

This song, Day Day, is new to me. I’ve never heard of it before. But Sohyang can rap! Be sure to follow the links to Sohyang’s other performances.

MrLboyd Reacts is another favorite reactor.

Bridge Over Troubled Waters was my introduction to Sohyang. Composed by Paul Simon and recorded by Simon & Garfunkel, it immediately excited me when it was released in 1970. I have listened to it many, many times, but I feel that I never really understood it until I heard Sohyang’s performance. She clearly feels the spirit of the song and she communicates it beautifully. I hope you enjoy it as much as I do.
Arirang Alone is a Korean folk song that is often considered to be the anthem of Korea. There are about 3,600 variations of 60 different versions of the song, all of which include a refrain similar to, “Arirang, arirang, arariyo” It is estimated the song is more than 600 years old. Here, Sohyang performs it in Immortal Songs 2, a South Korean television music competition program.
Everyone. Can’t say enough about this amazing song.
You Raise Me Up gave me chills. Astonishingly beautiful.
I Have Nothing. Powerful, winsome, gorgeous.