Ok. I love books and libraries. I admit it. And these are some libraries that I really want to visit. 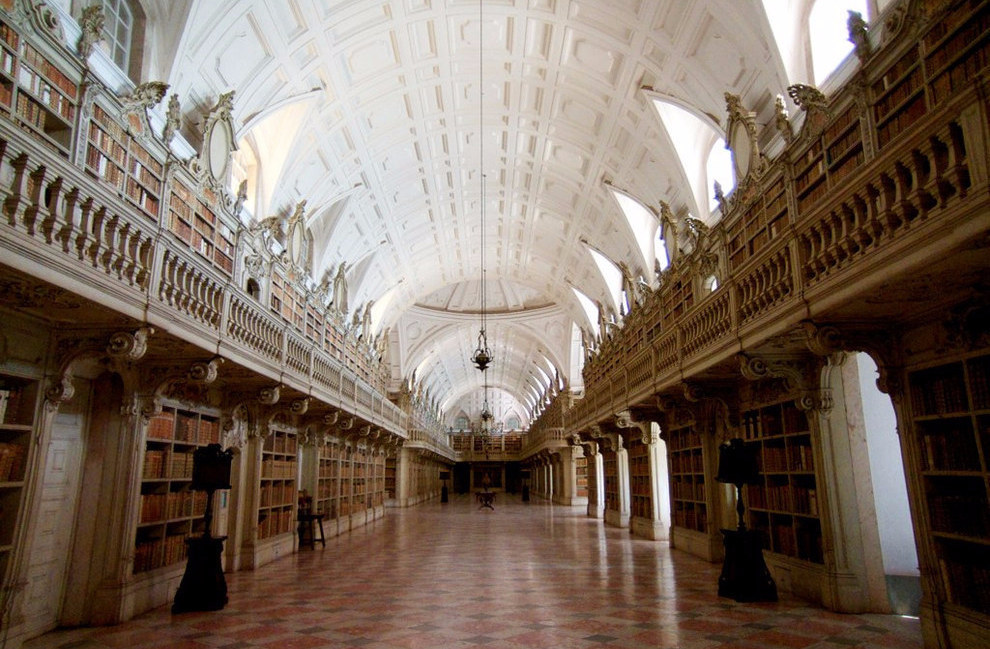 Situated inside the Mafra National Palace, the library is open to scholars, researchers, historians and members of the public by appointment. Unsurprisingly, many rare works furnish its shelves.

This magisterial library contains around 2 million documents and was a reading place of Marcel Duchamp and James Joyce. The building’s iconic architecture served as the inspiration for the deign of the Boston Public Library. 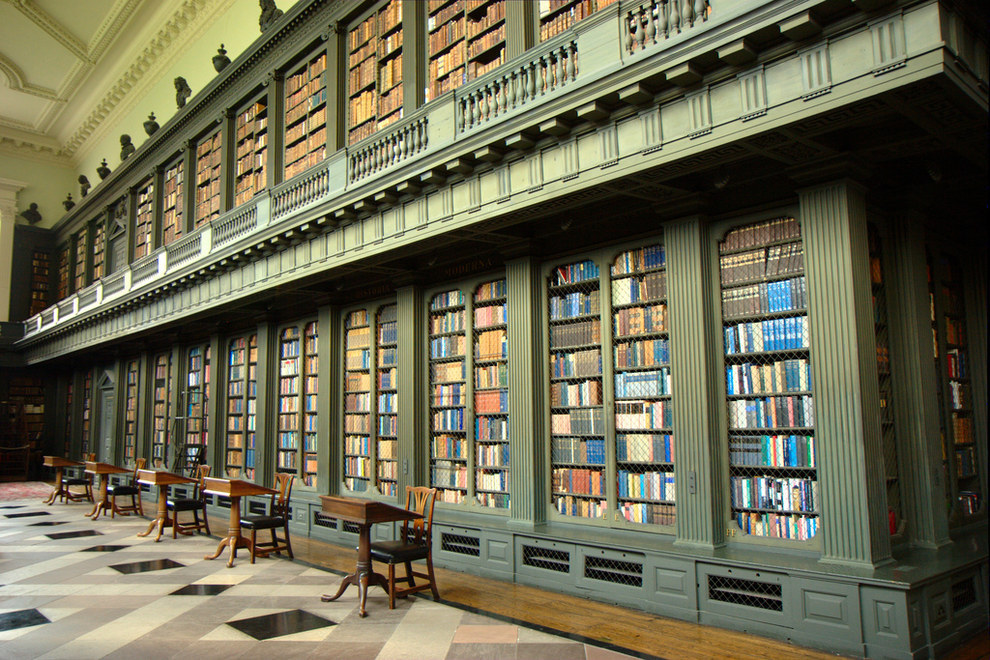 With its modern collection comprising of some 185,000 items, about a third of which being produced before 1800, the prestigious Codrington Library attracts scholars from around the world. 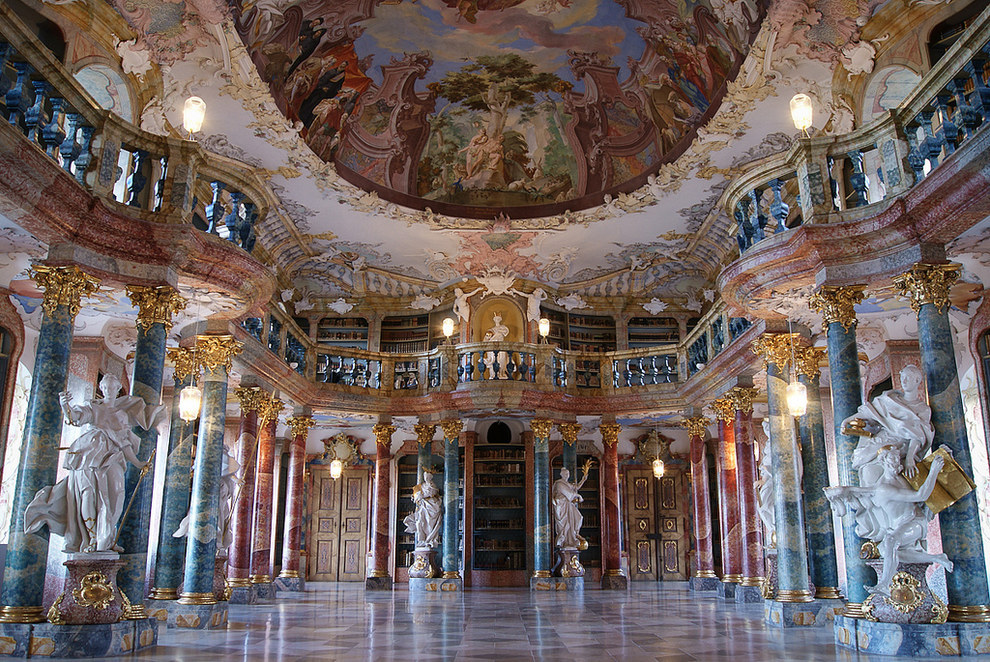 The majestic hall of Wiblingen Abbey’s library still holds some original manuscripts, despite most of the books having been transferred to other libraries. Besides, the main reason this library to visit is to marvel at the main hall, which remains in its original form. 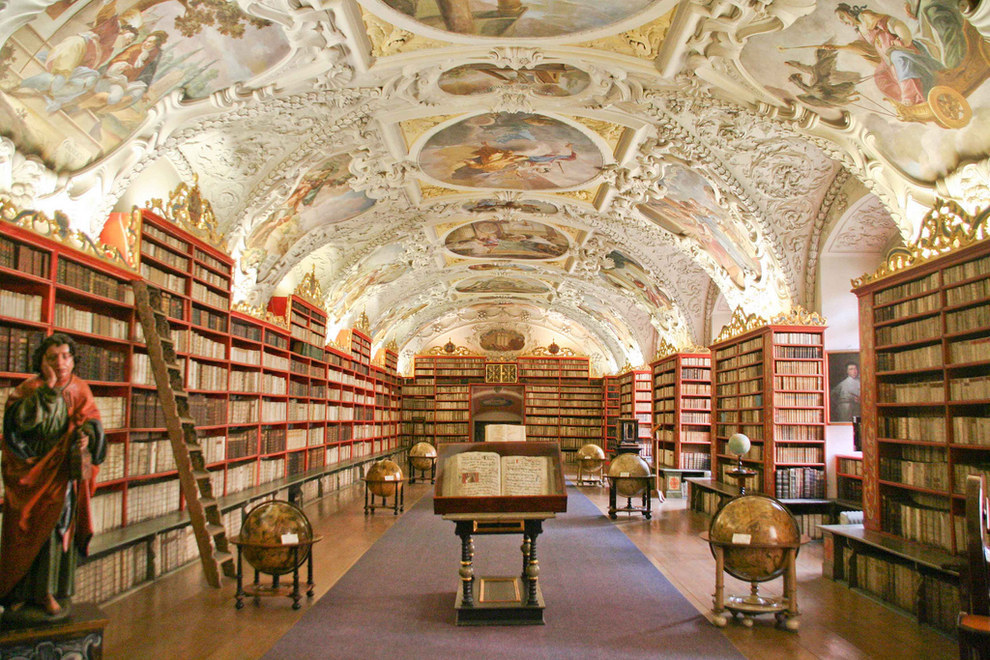 Completed in 1679, Strahov Monastery is one of the oldest monasteries still in existence in the world. During its long history many important personalities have visited, amongst which are admiral lord Horatio Nelson and Napoleon´s wife Marie Louise. 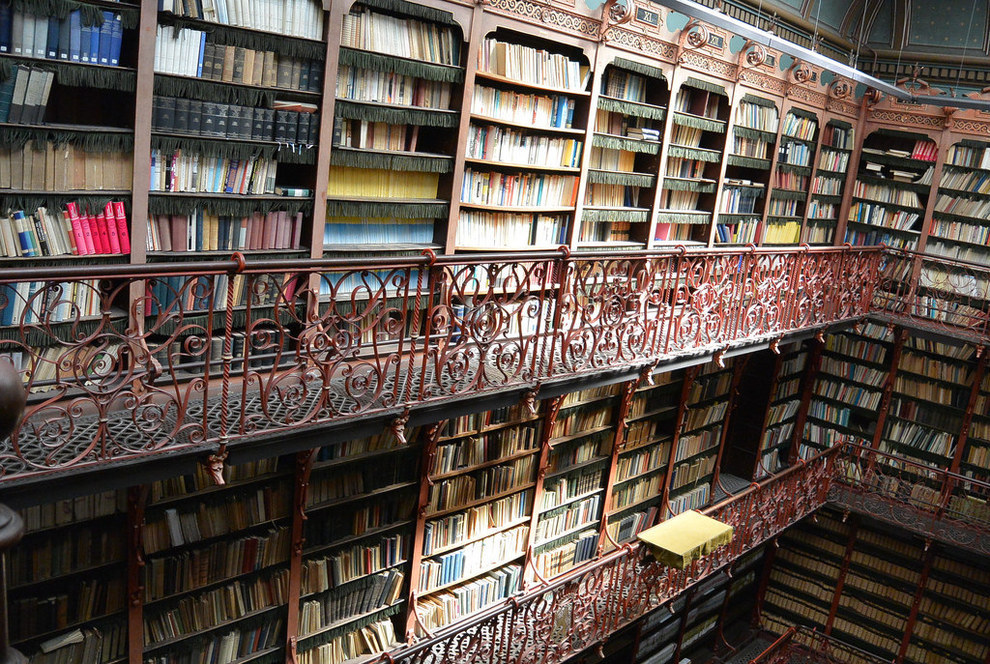 Handelingenkamer is the name given to the Dutch Parliament’s library. It’s unique design with its open cast-iron staircases and balustrades are designed to allow daylight to filter down the four storeys and illuminate the more than 100,000 volumes that line the shelves.

National Library of the Czech Republic 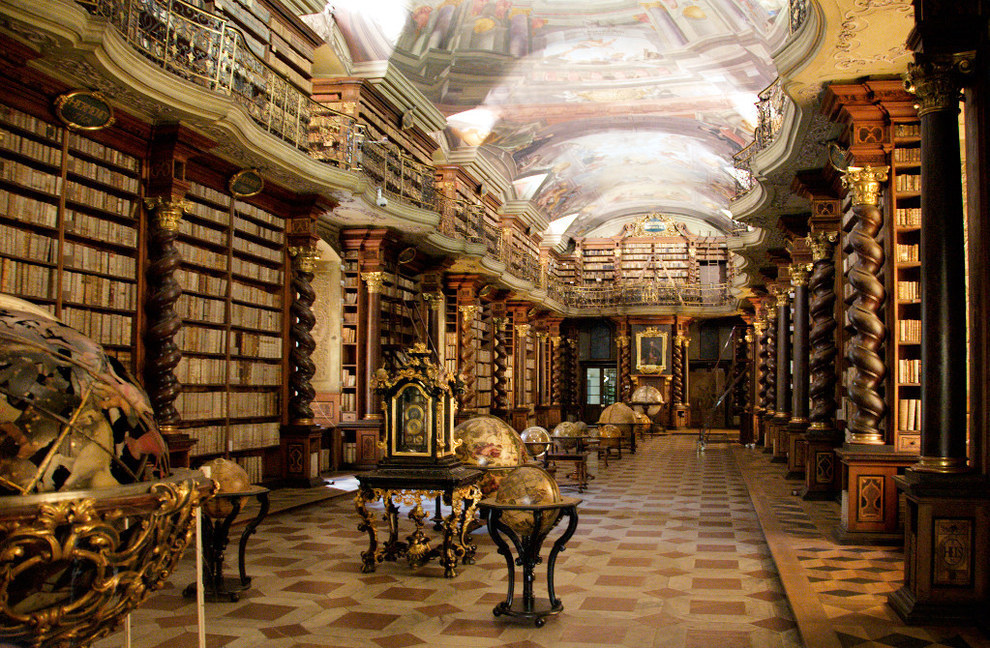 The library’s main building is located in the historical Clementinum building in Prague and is the biggest library in the Czech Republic, being home to around 6 million documents. 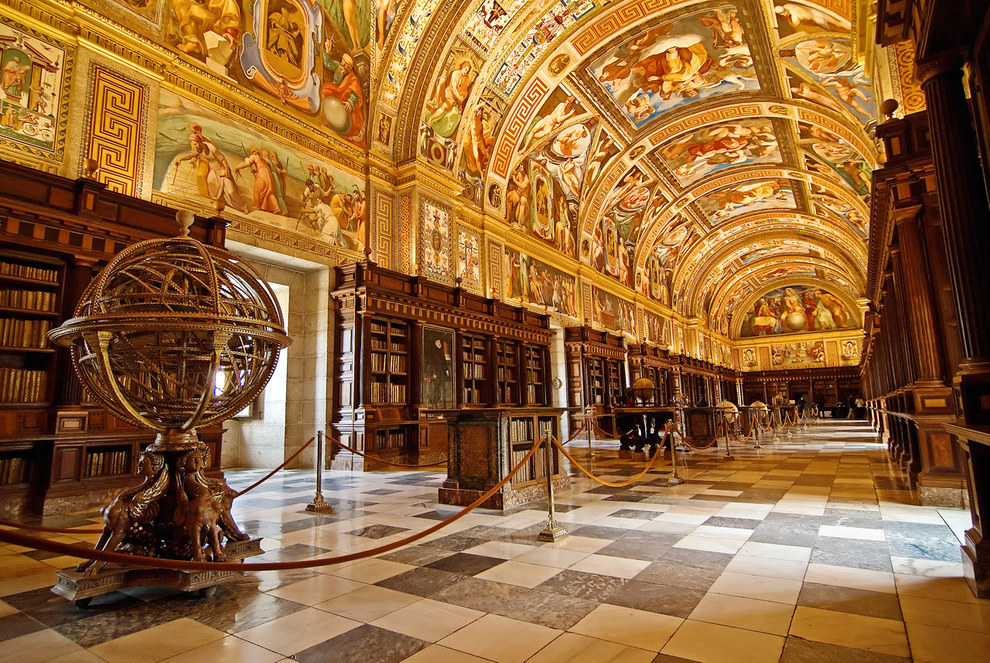 The stunning Escorial Library has a great hall fifty-four meters in length, nine meters wide and ten meters tall with marble floors and carved wooden shelves, which house a collection of personal documents that Philip II donated to the building. 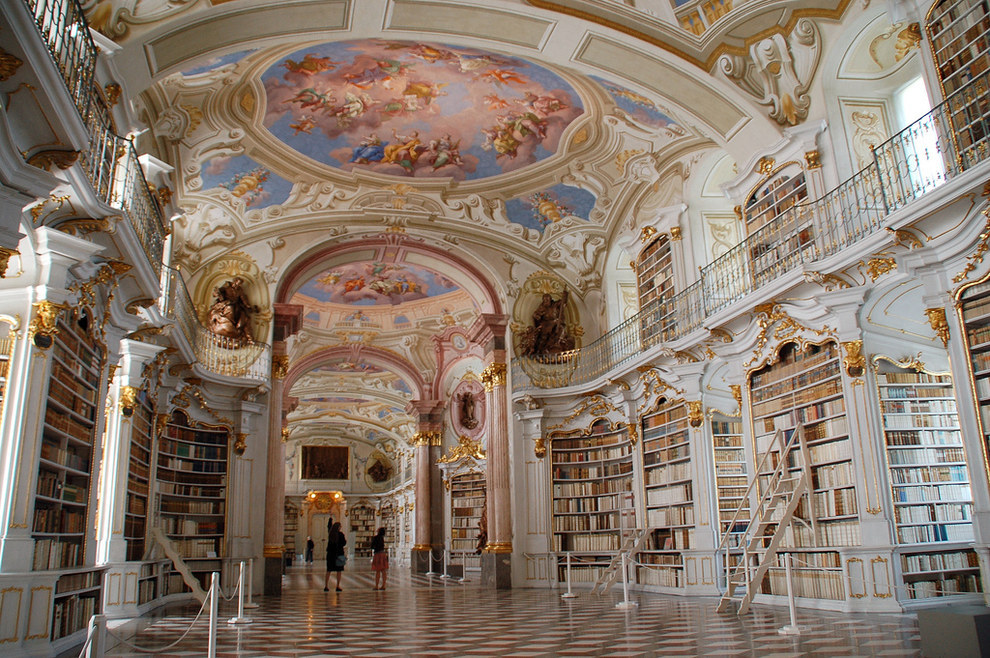 Known for its Baroque architecture, art, and manuscripts, Admont Abbey library is the largest monastery library in the world. 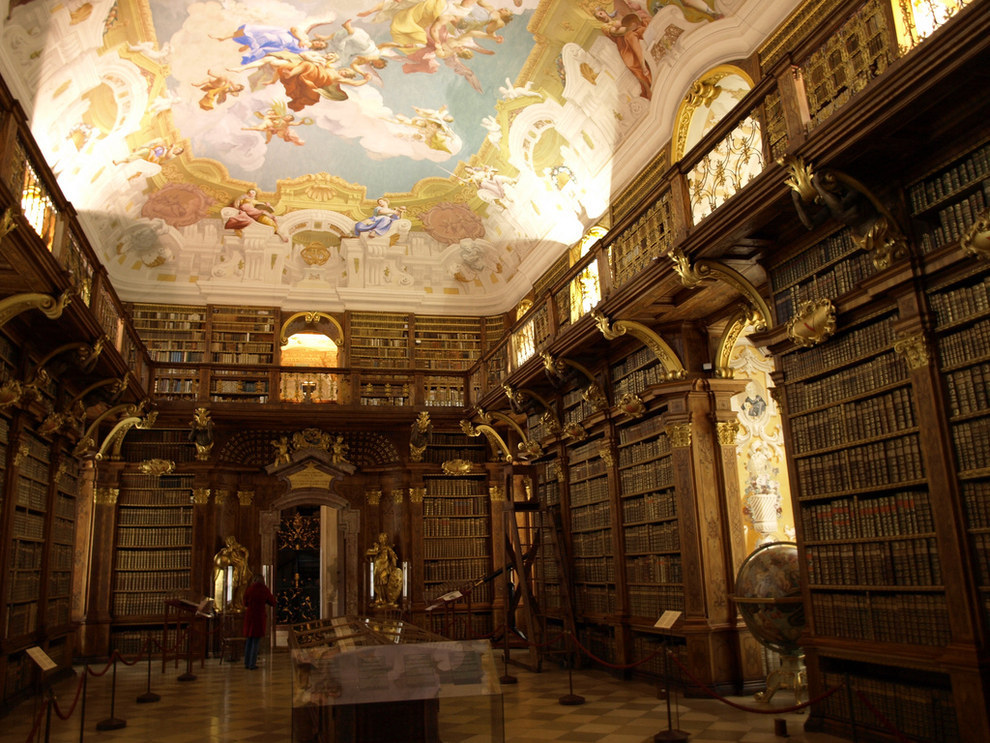 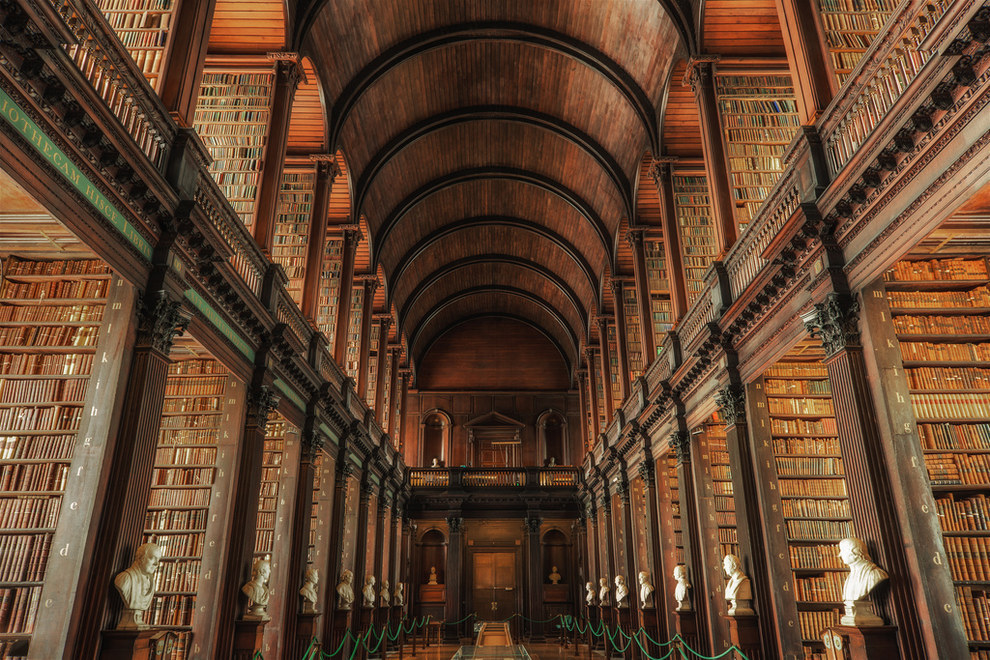 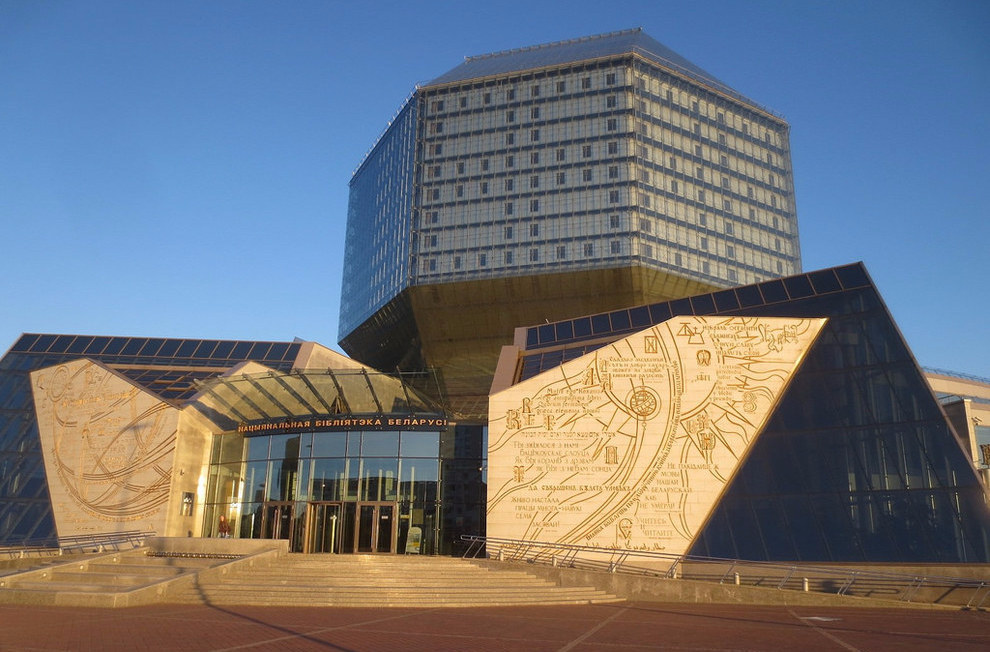 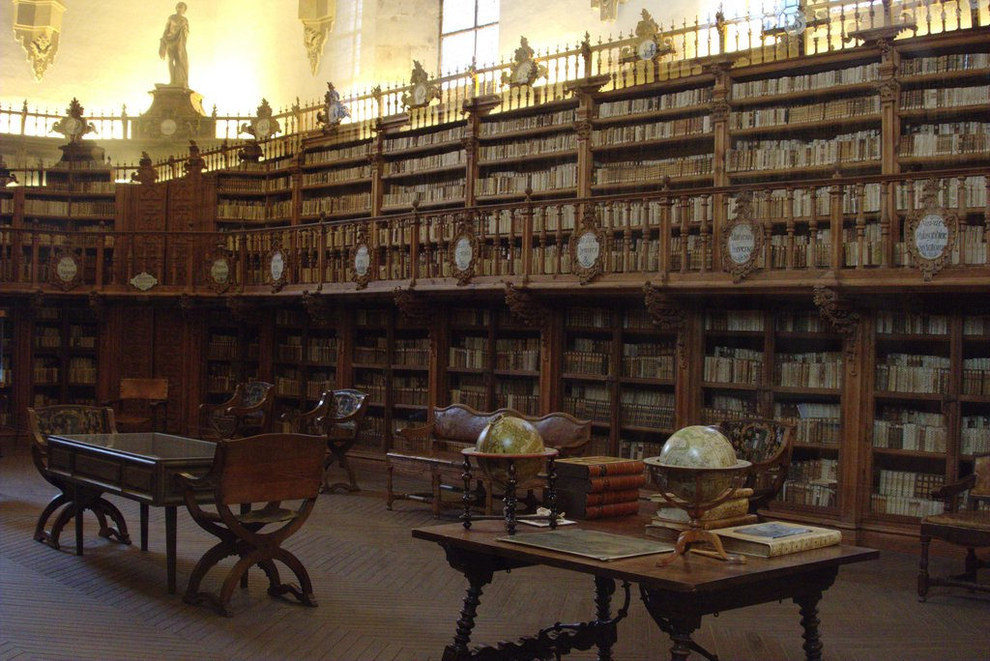 Situated on the campus of the University of Salamanca, the oldest founded university in Spain, the library holds around 906,000 volumes.