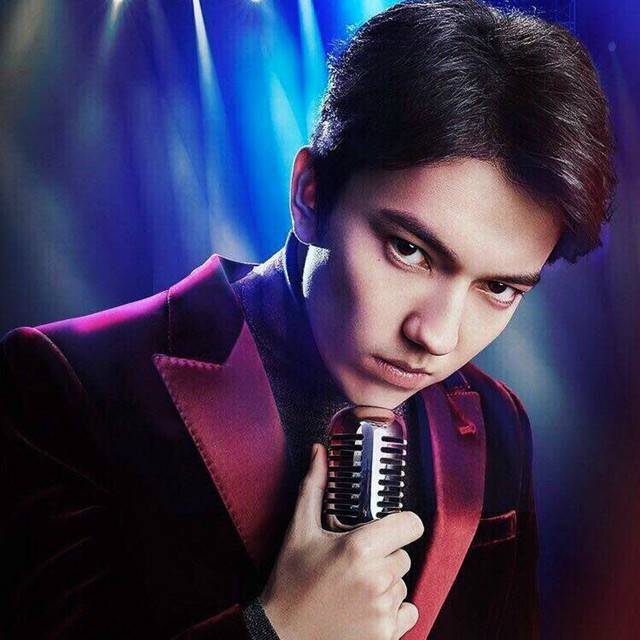 This was my introduction to Dimash Kudaibergen and I think it’s a great introduction to his range and performance skills. In my uneducated opinion, I believe him to be one of the greatest singers of our time. I have provided the performance video and, under it, some of my favorite reaction videos for this performance.

Despite his young age, Dinmukhamed “Dimash” Kanatuly Kudaibergen is one of the most talented and unique musical artists in the world. He sings in a variety of genres, including pop, classical crossover, folk, and operatic pop. Currently, Dimash is most famous in Eastern Europe and Asia, specifically in Kazakhstan (his homeland), China, and Russia. However, he has a active fans in over 120 countries, many of whom regularly travel across the globe to see him perform live. Dimash’s “heavenly” vocal capabilities are attributed to the fact that he has a range of six octaves, although he himself emphasizes that for a singer, range is not as important as the ability to convey emotions and connect with an audience. https://www.imdb.com/name/nm9191165/bio

In spite of the acclaim and his immense popularity, he seems to be very humble and personable. Born on 24 May 1994, the very young man has been in training since the age of five. Reportedly, when he was attending elementary school, his music teachers became aware of his vocal range and began giving him boy parts and girls parts as well in the school choir. He wasn’t very happy about it at the time. Dimash has been winning music contests since the age of six.

Dimash has worked very closely with Igor Krutoy, a Ukrainian and Russian music composer, performer, producer and musical promoter very prominent in the music world, internationally as well as Russian. I’m not absolutely positive that the link above goes to his YouTube channel because it’s all in Russian, but it’s my best guess. It does have a lot of interesting Igor-related videos, at least. Igor has composed or arranged many of Dimash’s pieces and is often seen playing the piano during Dimash perfomances. Igor has also worked closely with Lara Fabian. Lara has offered inspiration for Dimash and they have performed Ti amo cosi together with Russian soprano Aida Garifullina which was an Igor Krutoy production, complete with ice skating ballet.

Both of his parents, Kanat and Svetlana Kudaibergenovich, are renowned and honored artists of Kazahstan Republic. Enjoy a video of Dimash singing with his parents here and with his sister, Raushan, here.

I thoroughly enjoyed this article, Why I’m Unabashed to Love Dimash: Dimash at the O2 London Review which provided more insight into his personality.

The song SOS d’un terrien en détresse (S.O.S. of a Man in Distress) was composed by Michel Berger and Luc Plamondon to fully exploit the range of Daniel Balavoine. Absent from the studio album Starmania released in 1978, the song was performed for the first time on the stage of the Palais des Congrès in Paris in 1979 and appears, as such, on the album Starmania, le spectacle, released the same year.

Daniel Balavoine (5 February 1952 – 14 January 1986) was a French singer and songwriter. He was hugely popular in the French-speaking world, and inspired many singers in the 1980s, such as Jean-Jacques Goldman, and Michel Berger, his closest friend. He took part in French political life and is known for a 1980 televised verbal confrontation with François Mitterrand. He died in 1986 in a helicopter accident while on a charity mission in Africa.

Tara Simon pronounced Dimash as an alien who doesn’t live on this planet, a popular characterization that reactors brand him with.

Julia Nilon provides excellent yet impassioned analysis of music videos. This was her first introduction to Dimash.

Sabina is another favorite reactor, a Dutch singer who actually works in the mental health field. Sabina often includes her beautiful blonde female friend, Henry, in her reactions, though Henry does not appear in this reaction.

Ha! Where to begin? Where to end? So many…
Certainly watch the video with Dimash, Lara Fabian and Aida Garifullina linked above.
Drunken Concubine/Diva Dance from the Shanghai Spring Festival Gala is a must watch. Li Yugang, a Chinese opera singer specializing in female parts and Dimash mash up a song from a Chinese opera and the Diva Dance from the movie, “The Fifth Element.” Absolutely amazing.
Adagio. A cover of Lara Fabian’s song. Beautiful.
Sinful Passion gave me chills. Astonishingly beautiful.
Ave Maria. Not the one you are accustomed to hearing. May be an original Igor Krutoy compositon, but it must be watched to be believed.
Daybreak. To call any one of his performances a favorite would be difficult if not impossible, but…
Elim Menin (My Homeland). I salute patriots of Kazakhstan. Bordered by both Russia and China, they have a difficult position.