Posted on April 24, 2021 by John Hinderaker in Energy Policy

Why Wind and Solar Energy Are Doomed to Failure

Note: The content below is a direct copy of an article by John Hinderaker. My personal opinion, which is somewhat more optimistic, is at the bottom of the page. 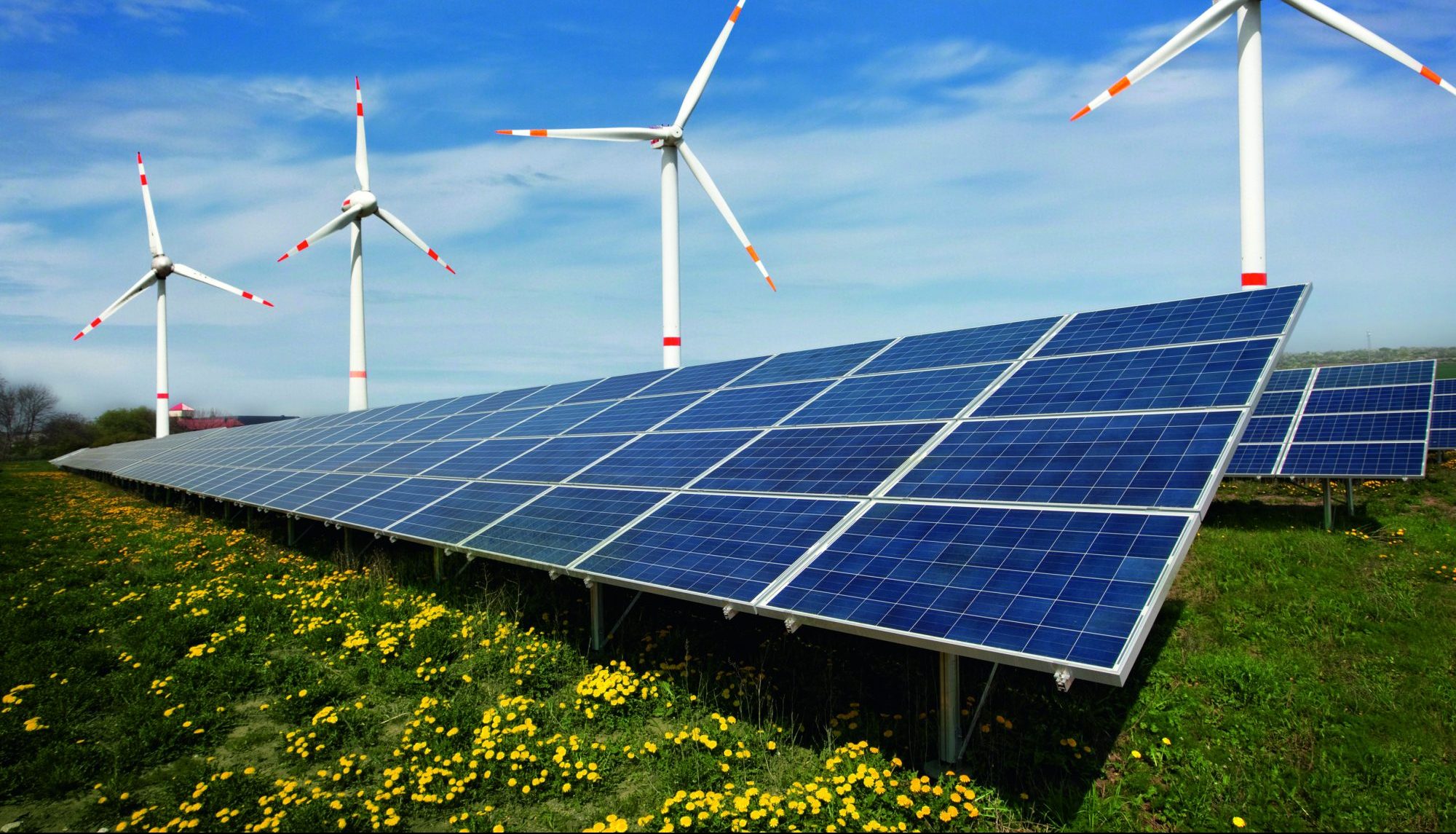 Wind and solar energy are both essentially obsolete technologies. There is a reason why only the very rich or the very adventurous sail across oceans: the wind is unreliable, and at best produces relatively little energy. Nevertheless, liberals have concocted fantasies whereby all of our electricity, or perhaps our entire economy, will be powered by those fickle sources.

There are a number of reasons why this will never happen, but a paper published last week by Center of the American Experiment argues that land use constraints are the most basic reason why wind and solar are inexorably destined to fail. The paper, titled Not In Our Backyard, is authored by internationally recognized energy expert Robert Bryce, producer of the terrific documentary Juice: How Electricity Explains The World and the book A Question of Power: Electricity and the Wealth of Nations

Robert’s paper acknowledges that there are multiple reasons why wind and solar energy will never meet America’s energy needs, but focuses on the particular problem of land use:

Of course, other factors, including the incurable intermittency of renewables as well as the massive amounts of materials, including steel, concrete, copper, and rare earth elements, will limit the deployment of wind and solar. But the biggest barrier is the land-use problem. The ferocity and extent of rural land-use conflicts are showing that any attempt to convert the domestic economy to run solely on renewables is destined to fail.

Why is land use such a problem for wind and solar, but not for coal, nuclear or natural gas? Because wind and solar are pathetically low-intensity energy sources, as reflected in this chart from Bryce’s paper:

Because wind and solar produce so little energy per square mile, an enormous amount of land would have to be devoted to panels and turbines if we seriously tried to get all of our present electricity needs from those weak sources:

Miller and Keith determined that “meeting present-day U.S. electricity consumption, for example, would require 12 percent of the continental U.S. land area for wind.” A bit of math reveals what that 12 percent figure means. The land area of the continental U.S. is about 2.9 million square miles, or 7.6 million square kilometers. Twelve percent of that area would be about 350,000 square miles or 912,000 square kilometers. Therefore, merely meeting America’s current electricity needs with wind energy would require a territory more than two times the size of California.

Suffice to say that this just isn’t going to happen. For one thing, no one places wind farms in Washington, D.C. or midtown Manhattan. Nor are wind projects slated for Long Island, Marin County, or near any valuable suburban developments. It is rural America that bears the burden of many square miles of wind and solar installations. And it is a burden: apart from the obvious aesthetic issues, Bryce’s paper reviews substantial medical evidence that the noise produced by wind turbines adversely affects human health. And, of course, wind turbines are fatal to wildlife. As a result of such concerns, rural communities across America–hundreds of them–have risen up to oppose wind turbine developments. These efforts have largely been successful. Germany undertook to mandate wind energy, but its mandates have fallen flat because of public opposition to specific wind projects. The same thing is happening in the U.S. Robert’s paper includes a database of communities that have moved to reject or restrict wind projects. American Experiment will continue to maintain this database, and make it available to towns, townships and counties that are threatened by wind developments. Public opposition promises to bring the Green New Deal to a screeching halt. When “green” advocates tabulate the costs of wind and solar energy, they generally don’t include the thousands of miles of transmission lines that are required to bring electricity from the rural areas that are stuck with “green” development to the urban areas where the electricity is used. But such transmission lines represent a huge economic and environmental issue:

No problem! says Alexandria Ocasio-Cortez. But any attempt to construct 240,000 more miles of high-voltage wires will, like the wind turbines themselves, encounter local opposition that likely will make such an effort impossible. Please do read Robert’s report in its entirety. Together with research being done by experts like Isaac Orr, it sounds a death knell for “green” energy, which is intermittent, unreliable, low-intensity at best, outrageously expensive, and dependent on vast natural resources that may not exist, or at a minimum would require the greatest explosion of mining, manufacturing and transportation in world history. So why does the “green dream” persist? In part, because it is inflicted on children from elementary school on. But mostly because there is a great deal of money in it. This chart shows the volume of U.S. tax incentives per unit of energy produced for various energy sources:

“Green” energy holds political sway, which has made a relative handful of people (largely non-Americans and lobbyists) immensely wealthy, while impoverishing utility rate payers and taxpayers–that is to say, the rest of us. This insanity will continue until voters wise up, or–more likely, I am afraid–until the laws of physics, along with land use and raw materials constraints, make it blindingly obvious that the “green dream” is just that. A nightmare. By that time, an astonishing amount of wealth will have been destroyed.
Original article: WHY WIND AND SOLAR ENERGY ARE DOOMED TO FAILURE

The publication from which this article was taken, PowerLine focuses on centralized power systems. In that context, I agree whole-heartedly with the author of the article. However, a de-centralized power system where large percentages of buildings have solar collectors on their roofs would, I feel, make a significant contribution to the power profile of the country and the world. In Israel, for example, all residential buildings are required to have solar collectors on the roofs:
As of the early 1990s, all new residential buildings were required by the government to install solar water-heating systems, and Israel’s National Infrastructure Ministry estimates that solar panels for water-heating satisfy 4% of the country’s total energy demand. Israel and Cyprus are the per-capita leaders in the use of solar hot water systems with over 90% of homes using them. The Ministry of National Infrastructures estimates solar water heating saves Israel 2 million barrels (320,000 m3) of oil a year. Source: Wikipedia with attribution.
Whereas 4% is not a huge contribution, it is significant. Considering also that electricity is used in residential applications largely for heating water, it makes sense to use de-centralized power sources for such a low-tech need. This does, however, reinforce the author’s point. When over 90% of Israeli homes have solar heaters yet it only supplies 4% of the nation’s energy requirements, solar is not the solution.
With our current focus on electric vehicles (EVs), we face a dilemma in which centralized power systems cannot meet either the demand nor the distribution requirements. However, most EVs are owned by the wealthier portion of the population and this pattern will continue for some time because of the cost of the vehicles. Most of the wealthier people own their own homes and, therefore, have adequate roof space which can be used for solar power generation. Even in Seattle, there is enough power generation capability on a residential roof to power at least one EV. This could go a long way toward providing the infrastructure requirements for EVs. Of course, the major cities are an exception; even the wealthiest live in large structures housing large numbers of families and these people will want EVs, so we will still struggle to meet those needs, but a significant portion of the demand can be met by residential rooftop solar systems.