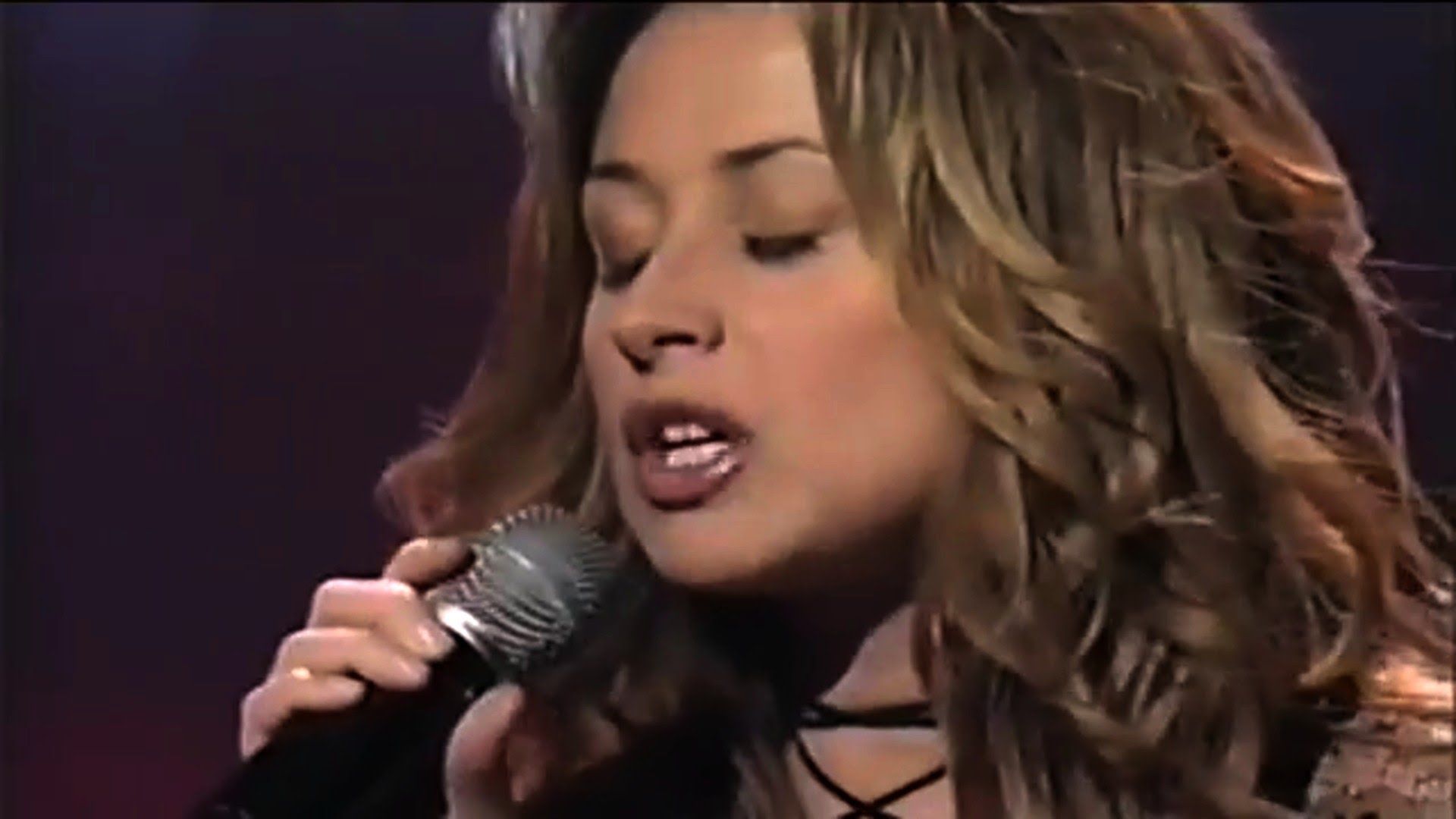 This was my introduction to Lara Fabian. She has since become one of my favorite performers. I have provided her performance video and, under it, some of my favorite reaction videos for this performance. Lara is Belgian-Canadian with dual citizenship, but probably is most well-known in France. She has sold over 20 million records. She has an incredible voice, perfect technique and performs with astonishing passion. This performance moves me profoundly every time I watch it, which has been many, many times.

Lara began performing publicly in Brussel’s night clubs at the age of 14. In addition to incarnating Esmeralda, the heroine of the animated feature The Hunchback of Notre Dame, she sang the theme song (“Que Dieu aide les exclus”) on the film’s soundtrack. She has earned many accolades and awards over the years. For more information about Lara, please check out last.fm‘s page.

This song, Je Suis Malade, was written by a Frenchman, Serge Lama and composed by Alice Dona. It wasn’t until Dalida covered it that it became a success. It then became known as one of Serge Lama’s signature songs. When Serge Lama wrote it, he was madly in love with a married woman, Michèle Potier, who would later become his wife. He confided in his friend Alice Dona : “This story hurts me, it makes me sick”. Back home, at the piano, Alice Dona composes in a few hours a melody, which very quickly, she makes the singer listen to. It is a revelation and Serge Lama writes almost all of the text at a stroke . He will say later “The 80% of the song I wrote them in 20 minutes, it’s almost a shame.”
fr.wikipedia.org/wiki/Je_suis_malade_(chanson).

Curiously, the song was not released until after she had returned from Morocco and they had united. They enjoyed a 45 year relationship, ending when she died after a stroke.
(Source: chosic.com/je-suis-malade-lara-fabian/”)

I hope you enjoy it as much as I do. Be sure to wear headphones! and follow the links to Lara’s other performances.

Jamel_AKA_Jamal is ‘Keeping Great Music Alive.’ He was born too late to enjoy the incredible music of the ’70s, so he explores it, and other music, on his channel. He is one of my favorites.

Julia Nilon provides excellent yet impassioned analysis of music videos. She sub-titled her reaction as ‘on the edge of my seat and damn near losing it.’

Jessica McKenzie, a lyric soprano opera singer, is a favorite reactor. She brings a lot of technical information and huge enthusiasm to her reactions.

Elizabeth Zharoff, an opera singer and voice coach, is a hugely favorite reactor. She’s performed in 18 languages throughout major venues in Europe, America, and Asia. I love her reactions.

Maggie Renee is an absolute joy. A Julliard-trained opera singer, Maggie not only shares a lot of technical information but has an infections, joyous reaction that I just love. My wife, not a fan of music reaction videos, enjoys watching her videos as well.

Christi Bovee is another favorite reactor, session singer and vocal coach. She reacts to the video then goes back to analyze it technically in a gracious, informative and entertaining manner.

Dalida’s performance which made the song a popular hit:

Broken Vow, written by Lara Fabian and Walter Afanasieff, has been covered by many great artists, but no one can touch Lara’s beautiful, heart-breaking original.
Adagio, one of Lara’s best-selling songs, was written by Lara and collaborators Tomaso Albinoni, Dave Pickell, Remo Giazotto and Rick Allison. Dimash Kudaibergen performed the song during the Chinese “I’m Singer” competition. His performance was so outstanding that Lara Fabian herself acknowledged and congratulated him on her official Facebook page. This same performance what planted the seed that bloomed into Dimash Kudaibergen and Lara Fabian’s future duet.
Caruso is considered “one of the most popular songs Italy has given the world.” Singer/songwriter Lucio Dalla was inspired to write the song… but please go here for a wonderful telling of the origins of this beautiful song.
Je t’aime – Live in Paris, 2001. Unique, in my experience. The audience pours out love on Lara who, astonished and touched, mostly just listens to them.

There are hundreds, if not thousands, of music video reactors. I run across new ones all the time. The reactions I include in my posts are my favorites – both the people and the reactions. I thank all of them – they add a lot of beauty to my life.