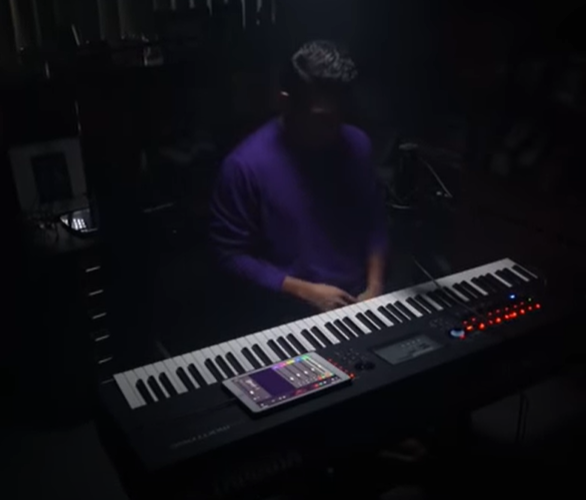 I have something very, very, very special for you. This song is one of my most favorite songs ever. Let me tell you the back story:
Gary V’s award-winning stage director and friend Direk Freddie Santos loves the Lord and often finds himself talking to Him whenever, wherever.

He was at a bar lounge taking a break from a comedy act rehearsal. It was about 2 p.m. when he felt he needed to write down words that have been running in his mind for a time.

He felt strongly about it, as if God was telling him to make a song out of it. The problem, he wasn’t a composer.

Penned in seventeen minutes
In about 17 minutes, Direk Freddie penned Gary’s most endearing inspirational song that would inspire many to know Jesus. Direk was in awe, writing the lyrics of “Could you be Messiah.” He said it felt like transcribing divine revelation.

Direk showed Gary the lyrics—he said nothing. Then Gary sat at the piano and tried a few chords or whatever melody he can make out of the few minutes he can spare. Then his mood changed suddenly.

Glued to the keyboards from dusk to dawn
Gary looked at Direk Freddie and said, “Let’s go upstairs” (Gary’s studio is the attic). They went up around 5 p.m. and didn’t come down until 5 a.m. Gary was glued to his keyboards the whole time and finished putting melody to the lyrics.

From time to time, Gary pricked his fingertips so he could measure his sugar level. He is diabetic. The same fingers pounded the keyboards seconds after. His fingers hurt, but he just couldn’t stop.

Direk Freddie Santos’s legacy
Direk Freddie has a long list of stage portfolios. He has a star in the Eastwood Walk of Fame, and in 2020, he was unanimously voted to be given the Natatanging Buhay (Distinguished Life) Award by Philstage.

On December 17, 2020, Direk Freddie died peacefully and left us with this song. Among those who paid tribute were Audie Gemora, Carlo Orosa, Lea Salonga, and Regine Velasquez.

The music Freddie Santos wrote was his prayer, and he shares it to be yours too.

Gary said on his Facebook, “I loved this friend very much… Somehow, it hasn’t totally hit me just yet as this man was so full of life that I can’t imagine him gone at all…“
John15.rocks

About Gary Valenciano:
For over 36 years, Gary Valenciano, a multi-awarded Filipino inspirational artist, composer, and arranger, has enthralled local and international audiences with his breathtaking performances and groundbreaking music. While moving hearts with his hit ballads as well as motivating audiences to move and groove with more upbeat tracks, Gary has relentlessly conquered the Philippine recording scene. His gift of songwriting and composing has also made use of his skills in playing keyboard and percussion instruments. By blood Gary is half-Puerto Rican and half-Filipino. He first entered the public eye in 1983—an energetic 18 year-old with Michael Jackson swagger and a heart-pinching voice with solid range like Al Jarreau.

Over three decades later, with 12 Awit Awards for Best Performance (by a Male Recording Artist) and 37 best-selling albums, Gary continues to entertain and inspire his fans and followers—3.94 million on Twitter, 678,000 on Facebook, 438,000 followers on Instagram, and millions of viewers who replay his music on YouTube, Spotify, and other media platforms. While achieving all this and more, it is also publicly known that Gary is successful despite having lived with Type 1 juvenile diabetes for 40 years—a condition he has responsibly managed with the love and companionship of his wife, Angeli Pangilinan-Valenciano. They have three children; Paolo, a concert and events director, Gabriel, a content-creator, filmmaker, dancer, and music producer, and Kiana, a budding celebrity singer and songwriter. He has also appeared on top-rating TV shows. He’s performed show-stopping numbers for 16 years on ASAP a noontime variety show on ABS-CBN Broadcasting network, he was the host of the TV show, Twist and Shout, a well-loved mentor on The Voice Philippines, has also appeared as a guest judge in: Your Face Sounds Familiar, X Factor Philippines, and Tawag ng Tanghalan on It’s Showtime, and is now a judge on World of Dance.

Among renowned international talents Gary has performed with many: Brian McKnight, George Duke, Paul Jackson Jr., George Black, Justo Almario, Julia Fordham, Kool & the Gang, the Emotions, Menudo (with Ricky Martin), Cliff Richard, Leon Patilo, Michael W. Smith, Steven Curtis Chapman and Terumasa Hino. Known for his glowing rapport with viewers and fans, he is also a constant ambassador of hope, faith, and positive change for the Philippines. Gary’s gift, while also being a famous individual, is making any person with him feel they are worthy of joyful attention and Godly encouragement. He has been a UNICEF Goodwill Ambassador for the past 21 years—a distinction shared by other well-known colleagues in the entertainment industry.
ManilaGenesis.com 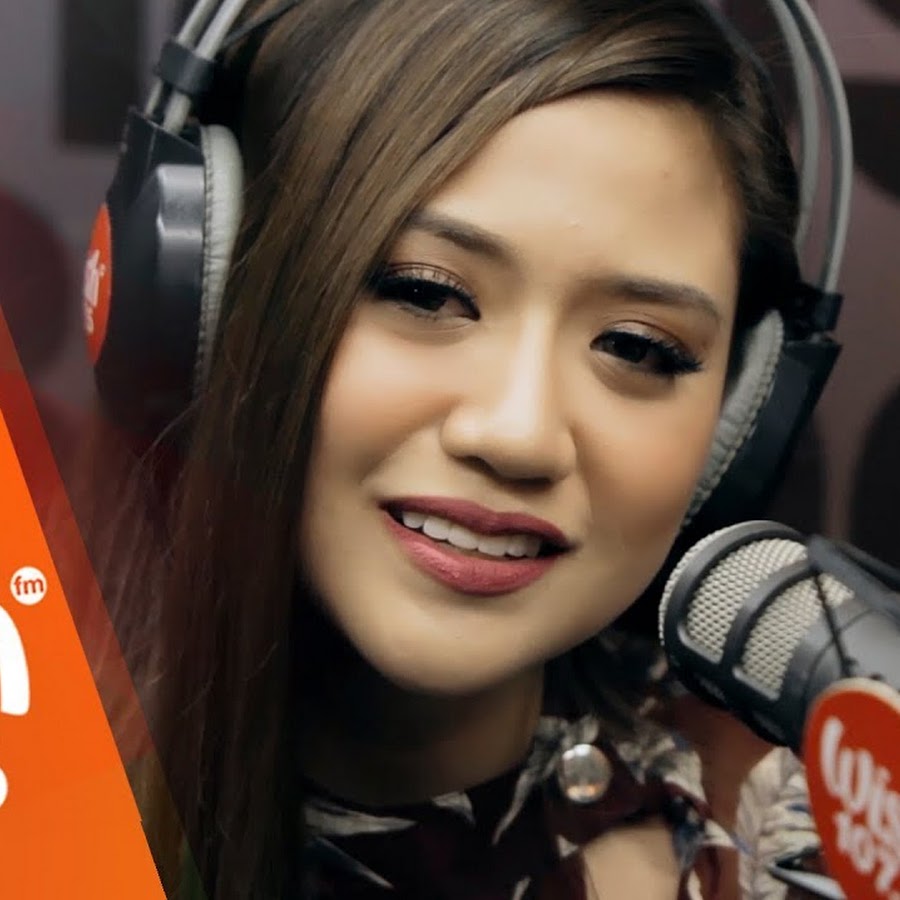 I believe Morissette to be one of the greatest singers of our time. She exercises incredible control, breath control that astonishes, a beautiful tone and the most incredibly melodic whistle tone I have ever heard. She also has an incredibly long passage that she navigates without taking a breath – astonishing. I have provided the performance video for “Akin Ka Na Lang” and, under it, some of my favorite reaction videos for this performance.

Johanne Morissette Daug Amon (born June 2, 1996), known professionally as Morissette, is a Filipino singer, songwriter and former child actress. She was named by her parents after a Baroque German composer. She first rose to prominence when she was the runner-up on TV5’s Star Factor at the age of 14. In 2012, she made her professional stage debut in the Repertory Philippines stage adaptation of Disney’s Camp Rock in the role of Mitchie Torres. She competed in the first season of ABS-CBN’s The Voice of the Philippines in 2013, where she became part of Sarah Geronimo’s team.

Morissette was born and raised in Minglanilla, Cebu. She became part of ABS-CBN’ s Sunday afternoon show, ASAP in January 2014, and was introduced as one of the “Homegrown Divas”, which ultimately became ASAP’s “Birit Queens”. She became a recording artist of Star Music in early 2014 and released her first album, titled Morissette, in March 2015. In 2017 she was called “The Next Big Diva”.

Morissette has often been referred to as “Asia’s Phoenix” since her performance at the 14th Asia Song Festival in Busan, South Korea, on September 24, 2017, where she represented the Philippines. She returned to the same festival to represent the Philippines at the 15th Asia Song Festival in Busan on October 3, 2018. She was the first Filipino artist to have her own V Live channel, a popular South Korean live video streaming service for celebrities
https://en.wikipedia.org/wiki/Morissette_(singer) She released her first EP, Signature on August 20th, 2021 which quickly took the number one spot on iTunes Philippines and the thirtiest spot on iTunes Top 100 Albums – All Genres, the highest spot ever taken by an OPM artist.

Here is Gary Valenciano’s version of “Could You Be Messiah”

Here is Morissette Amon’s version of the song

Danielle Marie always has great reactions as a vocal coach and music lover. Her irrepressible good humor and bubbly spirit make spending time with her a joy.

Join H of the Stage is a vocal coach. I don’t know much else about him except that I really like his reactions and analysis.

Chase and Melia are very special people to me. A very cute (hope you don’t mind me saying that) couple who are both singers and vocal coaches as well as worship leaders. They love talking about music and provide technical analysis. I just love them both.

EAPFilmsOfficial was a new reactor when I encountered him here. Unfortunately, there are not a lot of my favorite reactors and analysts who have reacted to this marvelous song, so I had to go far afield to find other reactions. His reaction was interesting.

Gitana Adelle is a favorite reactor of mine. She is very open and enthusiastic. I love her reactions.

Akin Ka Na Lang is my favorite Morissette song other than “Could You be Messiah.”
Never Enough from The Greatest Showman movie is a must watch Absolutely amazing.
SHe Used to be Mine from Waitress, the Broadway musical which was based on the movie of the same name.
Secret Love Song. A cover of Little Mix’s song. Beautiful.
Could You be Messiah has been a daily – at least once daily – inspiration for me since the first time I heard it.
Mirror. An original piece by Morissette and her team and one of the songs on her EP, Signature.
Love You Still. Also a song on the EP Signature. Beautiful.
Rise Up, a cover of Andra Day’s song. Powerful!

Spain. This was my introduction to Gary Valenciano. He has since become one of my favorite performers. “Spain” was written by Chick Corea as an instrumental. Al Jarreau later added lyrics which Gary then expanded upon.
Take Me Out of the Dark, another song in the same intimate setting.
I Will Be Here / Warrior is a Child originates from the Wish Bus which is always fun.
Make Us Whole Again is a favorite; I listen to it every day.

One thought on “Could You Be Messiah”