From various sources including the King County Library, MentalFloss and BookWitty. Most if not all the copy is copied directly from them.

The books with the ‘thumbs up’ image are my personal favorites. This post will continue to be updated, so check back regularly.

The Book Thief by Markus Zusak

Liesel Meminger is a nine-year-old girl living in Germany during World War 2. She steals books, from mansions and from bonfires, because she is fascinated by the power of words.

‘I have hated the words and I have loved them.’

Liesel and her foster-father help each other to read the books she steals and they write all the words they learn on a wall in their basement.

By rescuing books Liesel reclaims her own freedom. A beautiful book about the power of words to feed the soul. 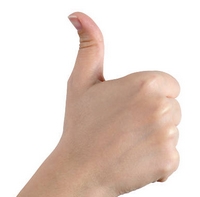 With a title which refers to the temperature at which paper combusts, Fahrenheit 451 was written in 1953 and set in an imagined dystopian near-future where reading is illegal. Books are banned and burned because they are considered dangerous storage units of the fuel for that great enemy of happiness: independent thinking.

The inhabitants of a generic American town are engrossed in ridiculous reality television which they watch on ever bigger, all-surrounding screens. They wear intrusive ear-pieces every waking, and even sleeping, moment subjecting them to constant advertising and distraction. Can you imagine such a world?

The hero, Guy Montag, is a fireman, a book-burner who is willing to forfeit everything to save one book.

‘Books were only one type of receptacle where we stored a lot of things we were afraid we might forget…they stitched the patches of the universe together into one garment for us.’

Terrifyingly accurate in its predictions, and with writing so brilliant it singes, Fahrenheit 451 is a book about the importance of books and the danger of following the crowd.

When Clay Jannon loses his first job as a web designer, he resorts to taking a job as a night clerk at eccentric Mr. Penumbra’s rather unusual bookstore. The store is almost devoid of customers but Clay is instructed to log the comings and goings of all patrons and has been warned against opening any of the books.Unable to resist, Clay looks inside the books and discovers that they’re written in code.

To pass time, Clay develops a 3D model of the bookstore, which contains the inventory and inadvertently solves the Founder’s Puzzle – the first obstacle to joining a mysterious fellowship called The Unbroken Spine.

Mr. Penumbra’s 24-Hour Bookstore is a novel about the tension between old knowledge and new, between tradition and technology.

The Shadow of the Wind by Carlos Ruiz Zafon

The pages of The Shadow of the Wind are decked out with beautiful description. Its pages will take you into the streets of 1950s Barcelona as a young man begins to investigate the life of the mysterious author of a book entitled The Shadow of the Wind. His investigation summons menacing characters and a plethora of plot twists making this a novel reminiscent of du Maurier and Dickens and a deeply satisfying read.

Parnassus on Wheels by Christopher Marley

If you have ever dreamed of leavening the monotony of your daily life behind and set off on an adventure you will love this novel starring Helen, a woman who buys a bookstore on wheels from a funny little man who came to sell it to her brother. The novel is a perfectly charming adventure of a woman who leaves a life of cooking and cleaning to ramble about the countryside dispensing good literature to places far from bookstores in a time before UPS trucks and amazon drones. Readers also get to know the charming literature hawker who created this rambling wagon as he rides along to teach Helen the ropes.

People of the Book by Geraldine Brooks

Brooks will take you back in time as her main character, rare book expert Hannah, researches the imperfections in the Sarajevo Haggdah. As Hannah finds the detritus of time tucked into the book- the wing of an insect, a wine stain, a salt crystal and a white hair, these things serve as keys that open an episode of the books history for the reader. Brooks does a wonderful job of pulling us back through history and showing how an old and well-loved book can connect generations.

A creature named Optimus Yarnspinner inherits an unpublished short story by an unknown author. The story is the most incredible thing the well-read young man has ever laid his eyes on. And so begins his quest to Bookholm, capital of the publishing world, to find the story’s author. His story is an adventurous one that delves deep below the city, chock full of dark musty places filled with danger and a sublimely witty love of books and reading. And the best part, a city below a city that is constructed of books forgotten by the rest of the world and filled with treasure hunters and monsters. A must for fans of fantastical satires like Terry Pratchett.

The Thirteenth Tale by Diane Setterfield

Vida Winter, a famous but enigmatic English novelist decides, as death draws near, to employ a biographer to tell her life story. She seduces Magaret Lea, a bookish amateur, into taking the job with the intriguing promise of a ghost story involving twins.

An engrossing and intelligent mystery with a dark atmosphere and impeccable writing.

On a beautifully restored barge on the Seine, Jean Perdu runs a bookshop; or rather a ‘literary apothecary’, for this bookseller possesses a rare gift for sensing which books will soothe the troubled souls of his customers.

The only person he is unable to cure, it seems, is himself. He has nursed a broken heart ever since the night, twenty-one years ago, when the love of his life fled Paris, leaving behind a handwritten letter that he has never dared read. His memories and his love have been gathering dust – until now. The arrival of an enigmatic new neighbour in his eccentric apartment building on Rue Montagnard inspires Jean to unlock his heart, unmoor the floating bookshop and set off for Provence, in search of the past and his beloved.

The Reader on the 6.27 by Jean-Paul Didierlaurent

This French bestseller has recently been translated into English and published with a seasonal cover.

Guylain Vignolles works in a book-pulping factory at a job which sickens him. Everyday, he rescues tattered fragments of books which he reads aloud on the commuter train to the bemusement and delight of his fellow passengers.

When he discovers the diary of a girl who is waiting to be rescued by a handsome prince, Guylain knows immediately what he must do.

The Reader on the 6.27 is a story of despair and friendship, of escapism and romance.

Most of all, it is an allegory, a parable in praise of books.