For the Forest Park First-Timer: Lower MacLeay to Stone House 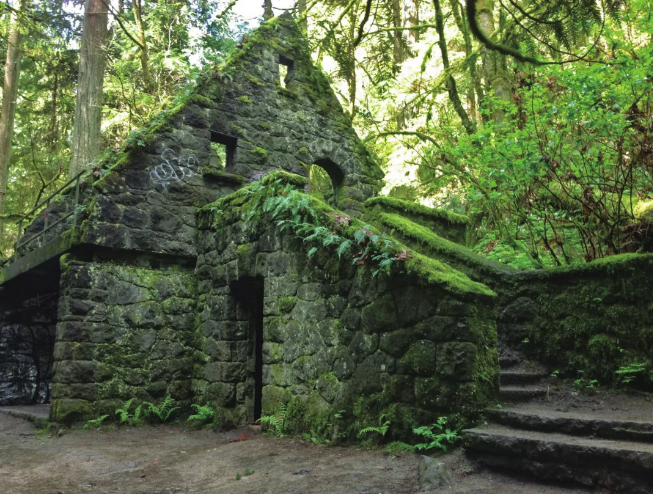 Set in a lush canyon alongside the cool waters of Balch Creek, the largest stream in Forest Park, Lower Macleay Trail is an explosion of licorice ferns, leafy salal bushes, moss-jacketed hemlocks, and some of the most impressive fir specimens in the park, including Portland’s most gasp-inducing heritage tree, a 242-foot, jade-crowned giant—the country’s tallest fir within a city. For more color, scope out the creek’s population of native cutthroat trout. Then explore the “Stone House,” the remains of a Works Progress Administration–era structure, built in 1936. Its lichen-coated walls make a killer fort for an afternoon. —BB