My good friend and Pastor, Jeff Austin, asked me for more book recommendations today. (Below is one of his recent lessons, provided here for your enjoyment)

May 29: A Time of Decision from Real Life Vancouver on Vimeo.
Click here for more information.

He has already read all the novels by David Eddings and Bernard Cornwell(!), so he needed something new to read. These are the recommendations that I provided:
Just a few that came to mind (GoodReads is so awesome!)

First, since I mentioned them earlier, are the series of books by David and Leigh Eddings and Bernard Cornwell. 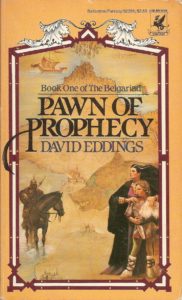 I’m not typically a Fantasy reader with a few notable exceptions. David and Leigh Eddings have created two series that are near and dear to my heart. Every few years I start missing the characters and go back and read the entire series, just to renew the relationship. They have (besides several other books) two series that I love:

The Belgariad and The Mallorean concern the young Garion, an orphan raised by his Aunt Pol on Faldor’s farm. There is much more to Garion that it would appear, however. He and his growing group of associates survive and thrive on a series of compelling quests. The humor and characterization continue to warm my heart even after over a half-dozen readings. The Belgariad and the Mallorean both have five books in the series. There are also three additional books which are background material and should not be read before completing both series.
https://www.goodreads.com/search?q=the+belgariad
https://www.goodreads.com/series/42429-the-malloreon

The Elenium and The Tamuli are two series of three books each concerning Sparkhawk, a knight of the Pandion Order. He is the Champion to Queen Ehlana of the kingdom of Elenia. He is also Anakha – the One Whose Fate the Gods Do Not Know, and wielder of Bhelliom. He rides a foul-tempered war horse named Faran. Like Garion, he completes several quests with wonderful friends and treacherous enemies, all with a great deal of humor. Both of these series are similar to Game of Thrones without the violence, filth and sex. Do yourself a favor and start reading them… now!
https://www.goodreads.com/book/show/68806.The_Elenium
https://www.goodreads.com/search?q=tamuli 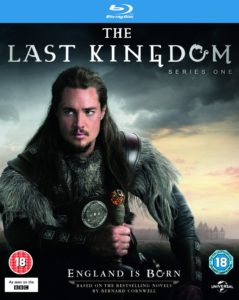 Now, concerning Bernard Cornwell. First, let me mention that he offered inspiration for the Game of Thrones books, but he does not offer nearly as much violence and none of the coarse language or sex. He is my favorite historical fiction writer which is saying a great deal. He has several series, all well-researched and very well written. I love all of his series and cannot recommend them too highly.  Do not miss out on reading these wonderful books! His wonderful Saxon series is being made into a BBC series, The Last Kingdom. Sean Bean starred in another television series based on his Sharpe books.
http://www.bernardcornwell.net/

The Martian by Andy Weir. Great book and movie.
https://www.goodreads.com/book/show/18007564-the-martian

How the Scots Invented the Modern World: The True Story of How Western Europe’s Poorest Nation Created Our World and Everything in It by Arthur Herman. Fascinating book!
https://www.goodreads.com/book/show/159210.How_the_Scots_Invented_the_Modern_World 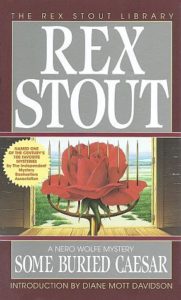 Some Buried Caesar by Rex Stout. One of the best Nero Wolfe novels… and that’s saying something! Nero Wolfe is an eighth-of-a-ton gourmand, orchid grower and detective when he must. On his way to an orchid competition in upstate New York, Wolfe takes an unexpected stop when Archie crashes the car in the middle of nowhere. While stranded, Wolfe and Archie encounter a prize-winning bull worth $45,000, a wise-cracking female named Lily Rowan, and of course, murder.
https://www.goodreads.com/book/show/77621.Some_Buried_Caesar

The Politically Incorrect Guide to English and American Literature by Elizabeth Kantor. I have the audio version of this – the narrator has an English accent and does a magnificent job. Great listening. Each section ends with “What they don’t want you to know about…” It’s a great way to decide which classic to read next!
https://www.goodreads.com/book/show/156561.The_Politically_Incorrect_Guide_to_English_and_American_Literature

Trustee from the Toolroom. My favorite among many of Nevil Shute’s novels.
https://www.goodreads.com/book/show/107300.Trustee_from_the_Toolroom

Up from Slavery, an autobiography by Booker Taliaferro Washington. Very inspirational. He invented peanut butter!
https://www.goodreads.com/book/show/827685.Up_from_Slavery 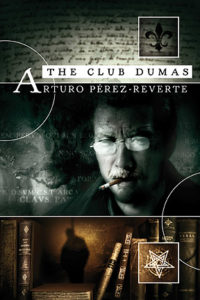 The Club Dumas by Arturo Pérez-Reverte. I’ve got to provide the full summary for this one…
A provocative literary thriller that playfully pays tribute to classic tales of mystery and adventure. Lucas Corso is a book detective, a middle-aged mercenary hired to hunt down rare editions for wealthy and unscrupulous clients. When a well-known bibliophile is found dead, leaving behind part of the original manuscript of Alexandre Dumas’s The Three Musketeers, Corso is brought in to authenticate the fragment. He is soon drawn into a swirling plot involving devil worship, occult practices, and swashbuckling derring-do among a cast of characters bearing a suspicious resemblance to those of Dumas’s masterpiece. Aided by a mysterious beauty named for a Conan Doyle heroine, Corso travels from Madrid to Toledo to Paris on the killer’s trail in this twisty intellectual romp through the book world.
https://www.goodreads.com/book/show/7194.The_Club_Dumas

The Road to Jerusalem by Jan Guillou
I didn’t know that Scandinavians went on the Crusades! This is book one of a trilogy. Sadly, they made this into a very inadequate made-for-tv movie.
https://www.goodreads.com/book/show/25884.The_Road_to_Jerusalem

Massacre at Mountain Meadows. A non-fiction account of a wagon train that was massacred by… Mormons. Of particular interest to me because people in the wagon train are part of my family tree.
https://www.goodreads.com/book/show/1352262.Massacre_at_Mountain_Meadows

The Big Sky by A.B.Guthrie. “A classic portrait of America’s vast frontier that inspired the Western genre in fiction.” Set in Montana.
https://www.goodreads.com/book/show/202035.The_Big_Sky

The Storyteller by Jodi Picoult. Sage Singer befriends an old man who’s particularly beloved in her community. Josef Weber is everyone’s favorite retired teacher and Little League coach. They strike up a friendship at the bakery where Sage works. One day he asks Sage for a favor: to kill him. Shocked, Sage refuses… and then he confesses his darkest secret—he deserves to die, because he was a Nazi SS guard. Complicating the matter? Sage’s grandmother is a Holocaust survivor. Amazing story.
https://www.goodreads.com/book/show/15753740-the-storyteller