The big one is coming. We all know that. We also know the big one might turn out to be the very big one.

The 700-mile-long Cascadia subduction zone that’s just off the coast of California, Oregon and Washington will, sooner or later, produce a mammoth earthquake, scientists say.

“If the entire zone gives way at once, an event that seismologists call a full-margin rupture, the magnitude will be somewhere between 8.7 and 9.2,” journalist Kathryn Schulz wrote in The New Yorker three years ago. “That’s the very big one.”

The result, she added, freaking out everyone living in the Pacific Northwest, will be “a seven-hundred-mile liquid wall that will reach the Northwest coast, on average, 15 minutes after the earthquake begins. By the time the shaking has ceased and the tsunami has receded, the region will be unrecognizable.”

Of course, the damage won’t be equally bad for everyone in the region. After analyzing four years of data from 268 seismometers both on the ocean seabed and on land, University of Oregon researchers have discovered “anomalies in the upper mantle below both ends of the Cascadia subduction zone” that have implications for that next big one — or the next very big one.

“Our study is worse news for Portland northward to Seattle and for southern Cascadia, but central Cascadia is not off the hook,” seismologist Douglas Toomey said in a University of Oregon report published this week at SciTechDaily.com.

What that means: pieces of the upper mantel at the north and south of the zone are rising “because of melting rock and possibly elevated temperatures,” said Miles Bodmer, a UO doctoral student who led the study. This could lead to worse quakes in those areas.

Offers a summary of the researchers’ peer-reviewed study, which will be published in the journal Geophysical Research Letters:

“Subduction zones typically do not rupture along their full length, instead they release seismic energy over discrete segments. … We identify two anomalous low-velocity regions beneath the subducting oceanic plate, one below the Olympic peninsula in northern Washington and one beneath northern California. We infer that these are regions where mantle is rising and, due to the presence of partial melt and possibly elevated temperatures, is more buoyant than the mantle beneath central Oregon. These buoyant regions correlate well with areas where the plates are more strongly locked together and where greater seismic tremor occurs.”

That is, these regions in northern Washington and northern California are different than the rest of the subduction zone fault, with “increased locking and increased tremor densities.” There is less of this tectonic-plate “locking” along the central part of the zone in Oregon.

The researchers say their work highlights the need for an integrated early-warning system for Oregon.

There has recently been a series of small earthquakes off the West Coast, which is not unusual. The last time the Cascadia subduction zone burped up a massive, zone-wide earthquake was way back in 1700. No one knows when it will happen again: it could be this year or more than 100 years from now.

An earthquake is the sudden, rapid shaking of the earth, caused by the breaking and shifting of underground rock. Earthquakes can cause buildings to collapse and cause heavy items to fall, resulting in injuries and property damage. Earthquakes can:

If an earthquake happens, protect yourself right away. Drop, Cover, then Hold On!

HOW TO STAY SAFE WHEN AN EARTHQUAKE THREATENS 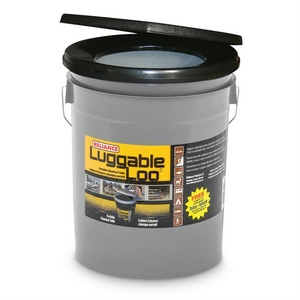 Two 5 gallon buckets with a seat and an ample supply of heavy-duty plastic bags. One for liquid, one for solids. 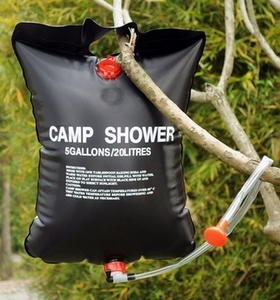 You will want to shower – but be sure you have enough water stored!

You are the Help until Help Arrives

Life-threatening emergencies can happen fast and emergency responders aren’t always nearby. You may be able to save a life by taking simple actions immediately. FEMA provides free online training materials to help prepare you for that situation where no help is immediately available. It may make the difference between life and death for a loved one.

Get involved in community preparations. Join a Community Emergency Response Team (CERT).
When first responders like the fire department are overwhelmed due to a significant earthquake, flood, or fire, trained CERT members act as an extension of first responder services by providing immediate assistance to victims until professional services can take over.

Fire District 6 and the Vancouver Fire Department pool their resources to train citizens of all ages and backgrounds to assist in their neighborhood in the event of a disaster. If you are interested in taking the class and would like to be notified by email when registration for the next class begins, please send an email and your name will be put on the notification list.

There are many other volunteer opportunities related to emergency preparation and response. Check out the Clark County Emergency Response Volunteers website for further information. For those not living in Clark County, Washington, there are similar programs in your community as well.

Visit Ready.gov to learn the steps to prepare for and deal with natural disasters and national emergencies. This includes important advice for what to do during hurricanes, how to stay safe from flooding, prepare for and evacuate from wildfires, and more.

Have an Emergency Plan

Learn how to make a plan, including building an emergency kit with basic survival items, before disasters strike.

Get Weather and Emergency Alerts

Find tools and information to help get your home, family, and business ready to deal with disasters and emergencies.

How Do I Know to Evacuate? 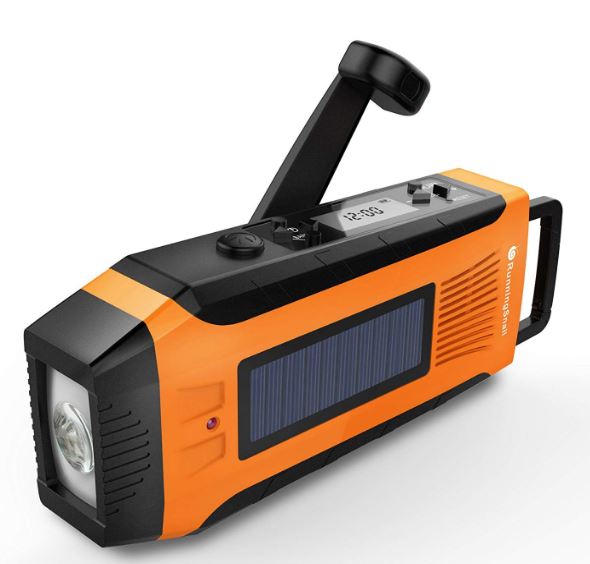 A message will be broadcast over NOAA weather radio. Preferably, each of us have a NOAA weather radio with hand-crank for home in our bug-out kits and in our car kits. These are excellent resources for all kinds of emergency situations. As a sample, here is a hand-cranked NOAA weather radio – it also receives AM and FM radio stations – which will also charge your phone and contains a flashlight. It costs about $25. Tone alarm: NWS will send a 1050 Hz tone alarm before broadcasting most warnings and many watch messages. The alarm will activate all the receivers equipped to receive it (including the model featured here), even if the audio is turned off. Beware: many of the NOAA weather radios I looked at only provided the alarm IF you were already tuned to the NOAA weather station! Note: This radio requires a setup procedure to automatically receive alerts. Presumably other NOAA radios require the same. Do not assume that your NOAA radio will automatically send alerts without a setup procedure.

Where do I evacuate?

Go Bag – Be Ever Vigilant 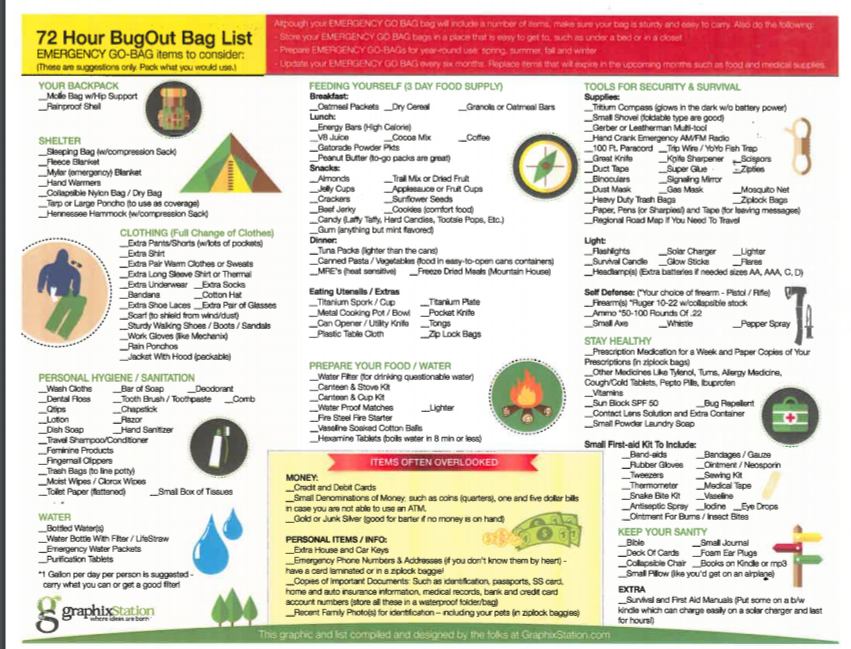 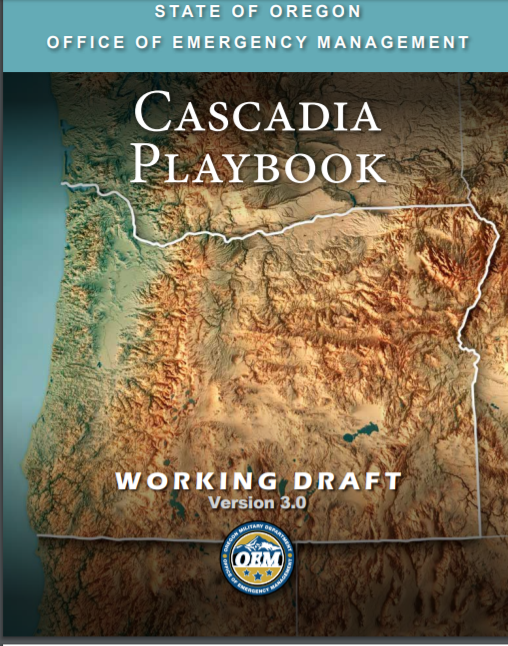